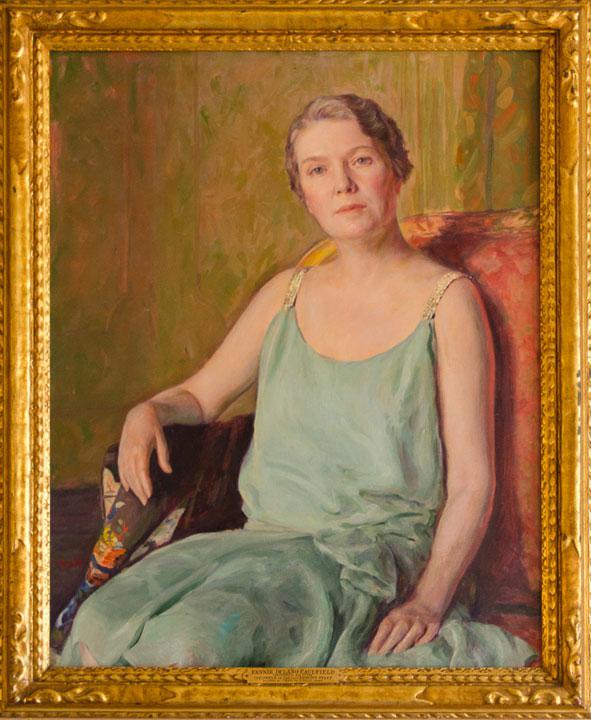 Mrs. Caulfield was the first First Lady to campaign with her husband due to the availability of automobiles. She is seen in her portrait in a fashionable dress of the period, a frock in the fashion of the flappers. It is sleeveless, has a scooped neck and a hemline that falls above her knees. In later years, when Mrs. Caulfield returned to the Mansion, she was a bit embarrassed about the prominent knees. She recalled the artist to lengthen the dress with paint, which he did, but if one looks really closely, a telltale line still points to where the hemline fell originally. Governor and Mrs. Caulfield lived in St. Louis before his election. They had four children: Elizabeth Barksdale who gave birth to their grandson one day after the Inauguration; Frances, who was also married; John, who was studying at Amhearst College; and Jane, who was 15 years old. Governor Caulfield served as a U.S. Senator and lived to the age of 92.