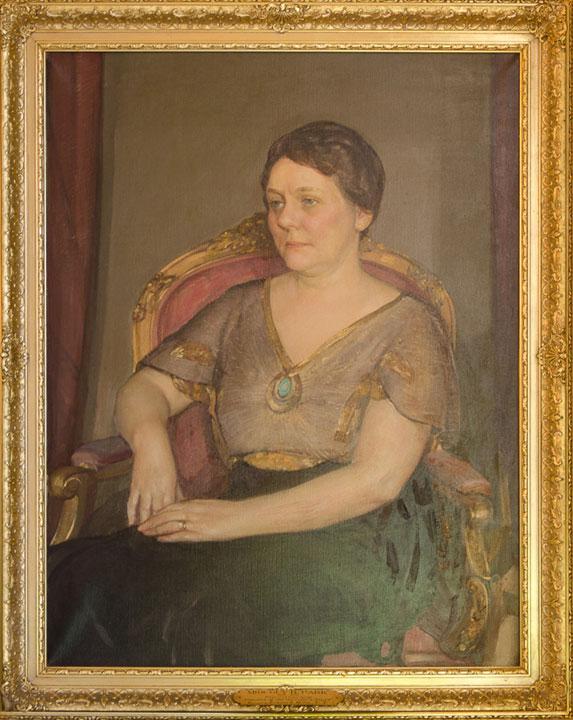 Many of Missouri's First Ladies have valued the Mansion, and Mrs. Park was one of them. Since no records or history had been yet compiled about the Mansion, she set out to remedy the situation. She assembled a book, Women of the Mansion, during her stay that offered a glimpse of life in the Mansion. It described traditions and celebrations, and also included an inventory of the furnishings. It was co- authored by Kate Morrow, Governor Dockery's executive secretary. Governor and Mrs. Park were from Platte, Missouri, and had one child, Henrietta, who was the first Governor's child to have a wedding in the Mansion