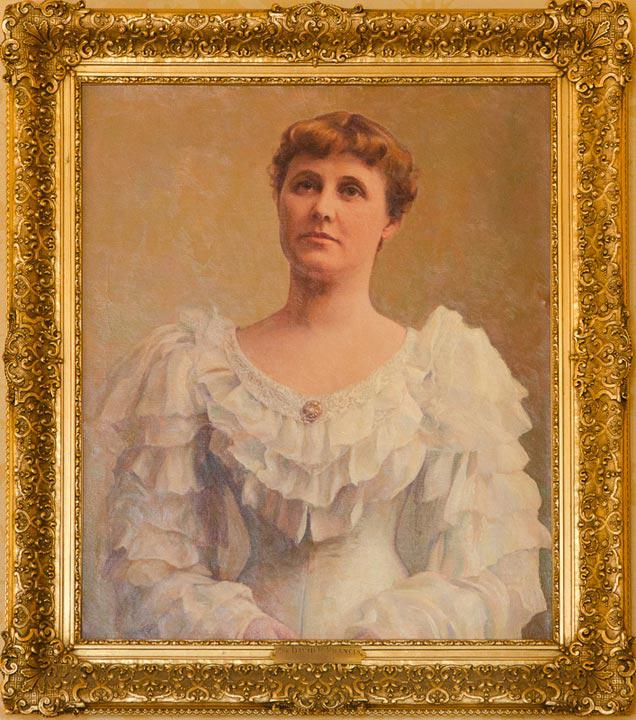 Surely the Mansion was a lively place when Governor and Mrs. Francis moved to Jefferson City from St. Louis with their six boys (ages three months to eight years). The new Governor, who had been mayor of St. Louis from 1885-1889, had the reputation of being a bit of a prankster in earlier years when he had been a student at Washington University. During the Francis era, the Mansion received its first coat of red paint, the water and electrical system were tied to the city's system, the plumbing was updated and a new steam and water system were installed. The 20-year-old-Steck piano was replaced with a Steinway grand piano. In 1892, a fire raged through the quadrangle on the campus of Missouri University, destroying many buildings including Academic Hall, whose six famous columns still stand. After this devastating blow to the university, a movement began to shift the university's campus from Columbia to Sedalia because that town was on the train line, but both the Governor and Mrs. Francis succeeded in keeping the campus in Columbia. Governor Francis and his family moved back to St. Louis after their tenure in Jefferson City. He agreed to serve as chairman of the 1904 St. Louis World's Fair, where the ice cream cone and ice tea first appeared. The story goes that an ice cream vendor had run out of dishes and had simply handed his next customer a scoop of ice cream from a waffle rolled into a cone! Since ice was available, serving tea cooled seemed better than serving it hot in the sweltering heat of that Missouri summer. Governor and Mrs. Francis resided in St. Louis, Missouri, prior to his election.