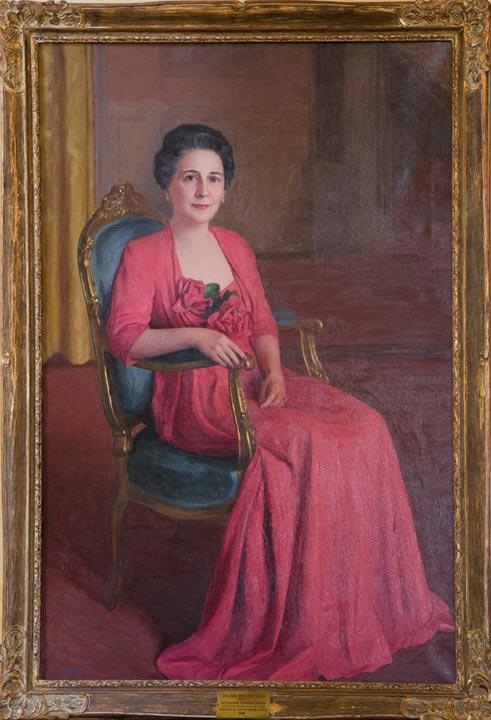 Governor and Mrs. Smith came into office in 1949, in the same election that ushered in Harry S Truman as President of the United States. This was quite a time of celebration for Missouri. In addition to the new President, both Mrs. Smith and Mrs. Truman were native daughters of Missouri. A few days after the election, the Smiths and 500 other Missourians boarded a train of 35 cars that took them all to the inaugural activities in Washington, DC. Mrs. Smith attempted to remove the layers of accumulated white paint off the red brick of the Mansion with sandblasting. The 80-year old brick was too soft to be sandblasted. She reluctantly repainted the building which took two weeks and 100 gallons of white paint. Governor and Mrs. Smith resided in Richmond, Missouri, prior to his election. They had two married daughters, Forrestine and Mary Jo, and five grandchildren. To please the grandchildren, they added a sandbox and a slide to the Mansion grounds. Truman finished the term of Franklin D. Roosevelt earlier, because he had been FDR's Vice President, and FDR had died in April 1945. The Missouri State Waltz was proclaimed the state song during the Governor Smith's term.