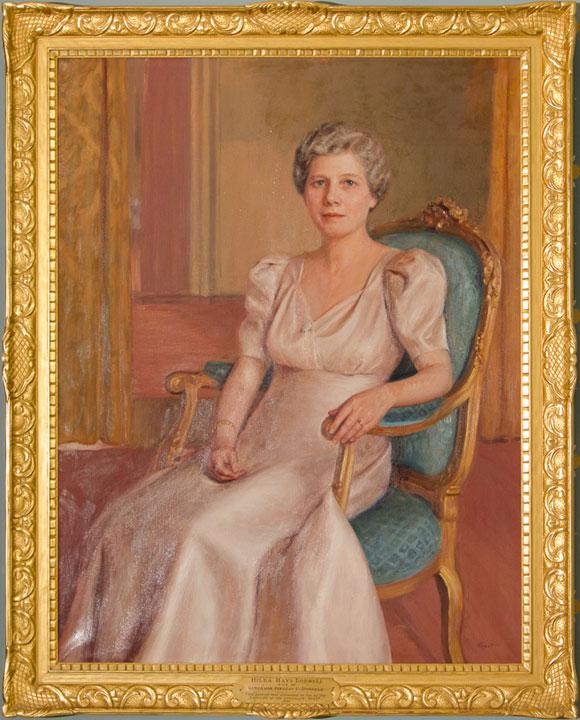 Mrs. Donnell told the artist who painted her portrait, "Make me lovely!" By the end of their first year at the Mansion, Pearl Harbor had been bombed, and America was at war in Asia and Europe. Mrs. Donnell did her part for the war effort by calling for Red Cross volunteers that brought 600 women to the Mansion to sign up for duty on the home front. When shortages in gasoline and food force Americans to adopt a rationing system, Mrs. Donnell endured the inconvenience, standing in line to receive her allowance of coupons along with other women of the city. ???? Once when she was unable to find a Thanksgiving turkey at the market, she said without hesitation, 'so we'll have chicken.' The Donnells cut back on entertaining and eventually, the Missouri State Fair and the New Year"s open house were cancelled. Lights on the Capitol dome were turned off. Governor and Mrs. Donnell resided in Maryville, Missouri, prior to his election. They had two children, John and Ruth. He was later elected to the U.S. Senate (1945-1951). There is a hitching post outside the back driveway of the Mansion with the initials 'J.C.D.' This was in honor of Governor Donnell's father, John Carrie Donnell, and came from the Governor's boyhood home in Maryville.