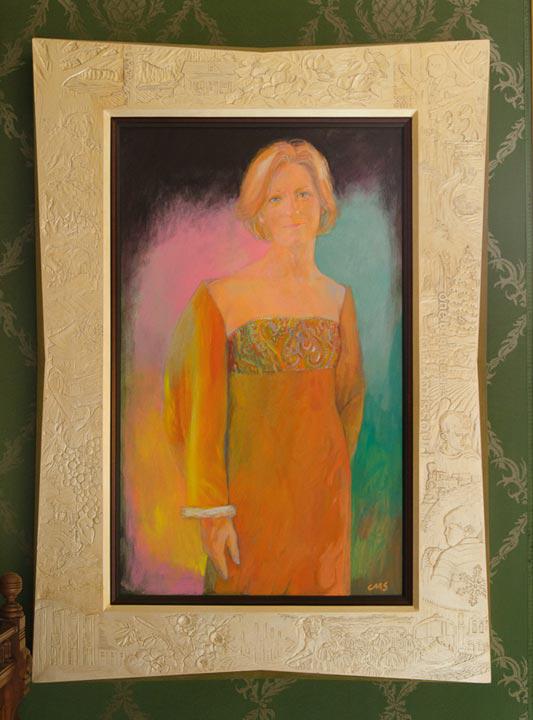 First Lady Lori Houser Holden selected Carla Steck, a local Jefferson City artist, who styled this unique portrait in acrylics, and was the first female artist for a First Lady portrait. The frame depicts many of Mrs. Holden's favorite memories, such as the armory steps that she played on as a child, her husband's knocking on doors during his campaign, her two sons, and her dogs. Mrs. Holden helped select the back design of the bicentennial Missouri quarter, which depicts Lewis and Clark's return to St. Louis. Also during the Holden's residence, the statue of Corps of Discovery was presented for display in the library. Governor Holden was raised on a farm near Birch Tree, Missouri and met his wife while campaigning for the Missouri General Assembly. Governor and Mrs. Holden had two sons, Robert and John D. The Best Missouri Hands display was their gift to the Mansion that is situated on the back porch.