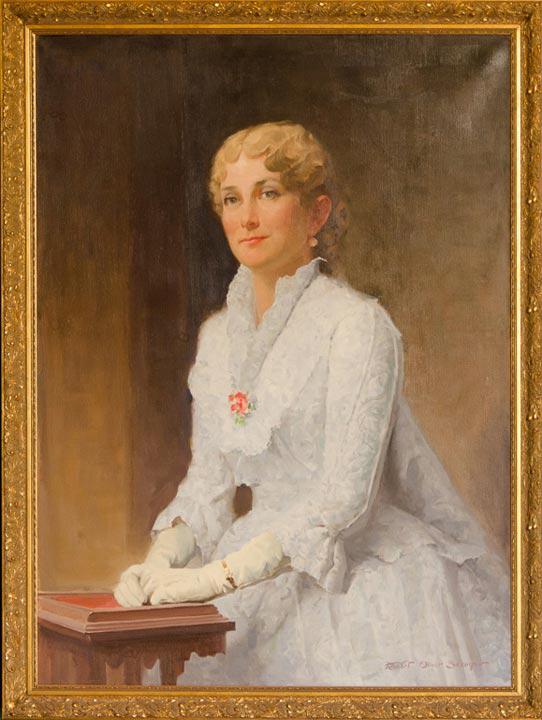 Caroline Crittenden and her husband, Governor Thomas Crittenden, resided in the Missouri Mansion and did not always have peaceful times there. They experienced not only ferment left over from the Civil War, but a personal tragedy as well. Jesse James wrote several threatening letters to the Crittendens including a threat to kidnap their daughter, Carrie. Carrie was not kidnapped, but she was the only child to die in the Mansion. She succumbed to diphtheria at the age of nine during an epidemic in 1882.. Carrie represents good health for Missouri children and is featured at the top of the Missouri Children's Fountain. Governor and Mrs. Crittenden resided in Lebanon and Warrensburg, Missouri, prior to his election. They had three grown sons and nine- year-old Carrie. After his term, they moved to Kansas City, Missouri. President Cleveland appointed him consul-general to Mexico. Their son, William, became vice-consul, and their son Thomas Jr. became mayor of Kansas City. Six months after Jesse James was killed, Frank James came to Jefferson City. The next morning he walked into the Mansion's library where the Governor's office was located and surrendered to Governor Crittenden.