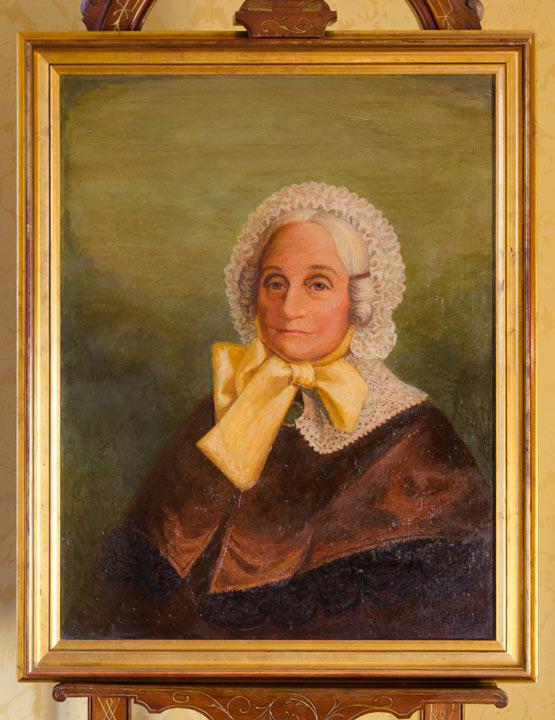 This portrait on the easel is that of the wife of Governor McNair, the first governor of Missouri, and it was painted from a photograph. She did not sit for this portrait. Missouri became a state in 1821, and the first Capitol was temporarily in St. Charles. The McNairs lived in St. Louis, where he was a successful fur trader. She was a descendant of French aristocracy and is credited with joining women of all creeds to start the first organized charitable service in St. Louis. They had eight children, and outlived six of them. All were buried in Calvary Cemetery in St. Louis.