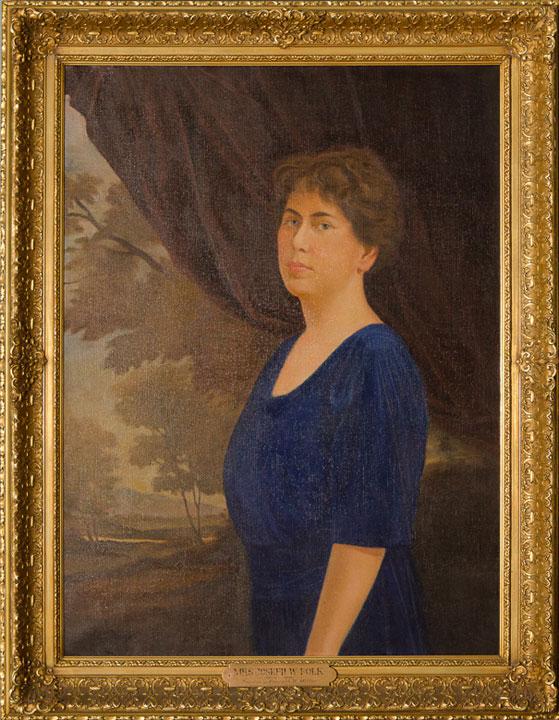 In 1905, a major fire started in the chimney of the fireplace in the Great Hall. It destroyed the marble mantle surround, several pieces of furniture and damaged the second floor bedrooms. Using fire insurance money and monies appropriated during the Folks four-year term, Mrs. Folk carried out extensive redecorating projects. She enthusiastically added her mark to the interior in various ways. She purchased a tapestry that would never have to be replaced, and had it attached to the walls in the Dining Room. For many subsequent years, the Mansion had problems with moths. The reason remained mysterious until someone discovered that the tapestry that would never have to be replaced had been attached to the wall with wallpaper paste that had been attracting moths for years! The forest scene that is painted in the background of her portrait is what the tapestry looked like. Mrs. Folk, who had no children, was one of the youngest first ladies at age 32, but had her portrait done later. She also maintained at home hours when anyone could visit the Mansion. Governor and Mrs. Folk resided in St. Louis prior to his election.