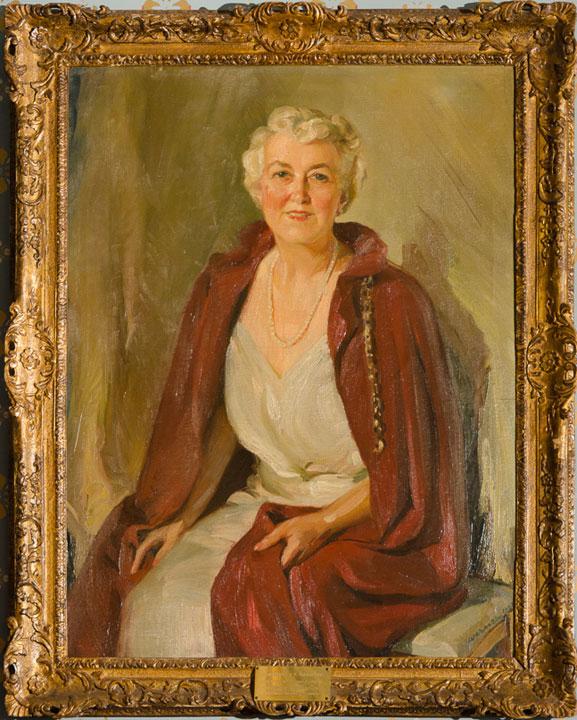 Mrs. Gardner called her husband's election, A dream come true. He had been a poor, motherless boy from rural Kentucky and Tennessee. After WWI began, instead of teas, she hosted weekly knitting sessions to provide items for the troops abroad. She planted the first war garden in Missouri and installed a flock of chickens on the grounds of the Mansion to provide eggs. Meat was served only four times a week. She persuaded the Governor to have the staircase restored to its original black walnut finish, and then he paid for it himself. Governor Gardner was the first governor to be sworn in on the south steps of the new Capitol. They resided in St. Louis, Missouri, prior to his election. They had three children: William, Janet, and Dozier. At the request of nine- year-old Janet, the Governor had a backyard playhouse built for her. She was frequently accompanied by her pony and dog, Critt, the family Airedale.