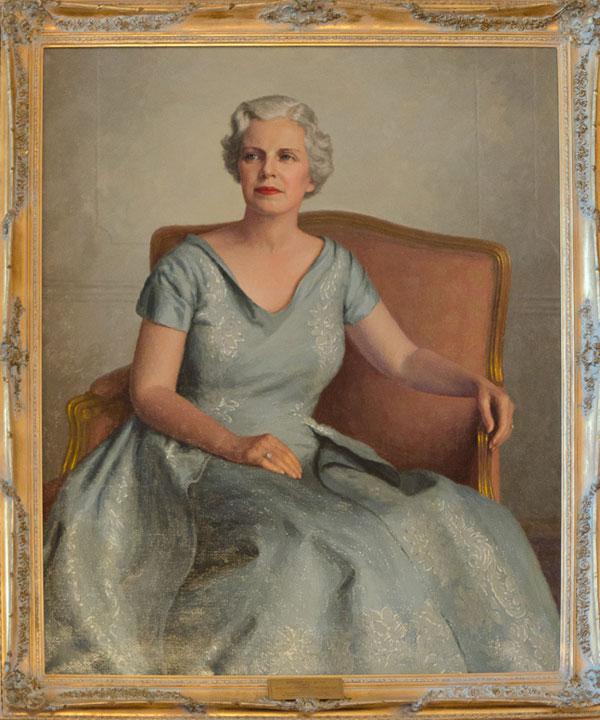 Following the Dalton's move into the Mansion, Mrs. Dalton declared,  This house makes me want to stand tall and be a little better. Mrs. Dalton was also interested in preserving this wonderful house. Following Jacqueline Kennedy's televised tour of the White House, she was encouraged to give a similar tour of the Mansion on the local Jefferson City telelvision station, Channel 13. She did just that and perhaps set the tone for the later renovations during the Hearnes and Bond administrations. Mrs. Dalton was a warm, engaging person who appreciated a good joke. This portrait shows her in a more thoughtful mood. She also began the tradition of the Easter Egg Roll for children with disabilities. Governor and Mrs. Dalton resided in Kennett, Missouri, prior to his election and returned to their hometown. They had two children, John Hall and Judy. Governor Dalton became the first Missouri Governor to actively pursue markets abroad.