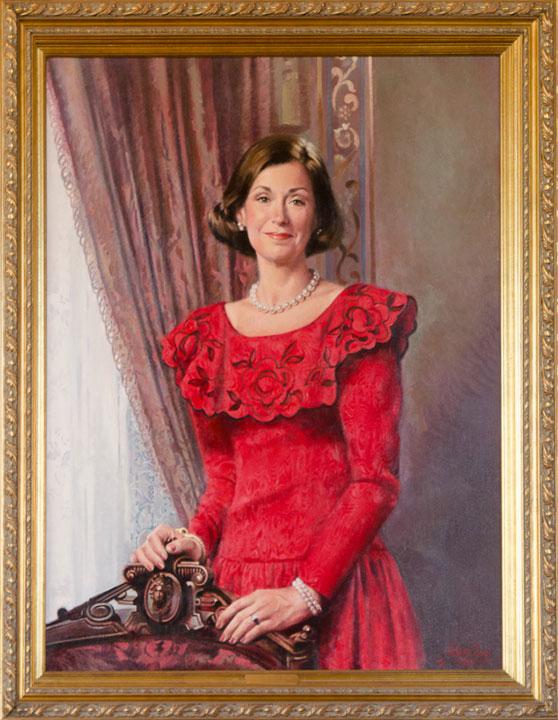 Mrs. Bond's portrait shows her in a red dress with her left hand on one of the Jellif pieces. This gesture appropriately connects her to the formation of Missouri Mansion Preservation, (now Friends of the Missouri Governor's Mansion), which founded in 1974, and to the massive renovation efforts of the 1970-1980s. In 1973, Mrs. Bond opened the Mansion to regular tours conducted by local women in period dresses known as Docents. In 1983, Mrs. Bond directed the publication of Past and Repast, a collection of favorite Mansion recipes, photographs of the Mansion and the restoration project, and history of the Mansion. Missouri Mansion Preservation sold nearly 40,000 copies of the book. Governor and Mrs. Bond were from Mexico, Missouri, and had one child, Samuel Reid Bond.